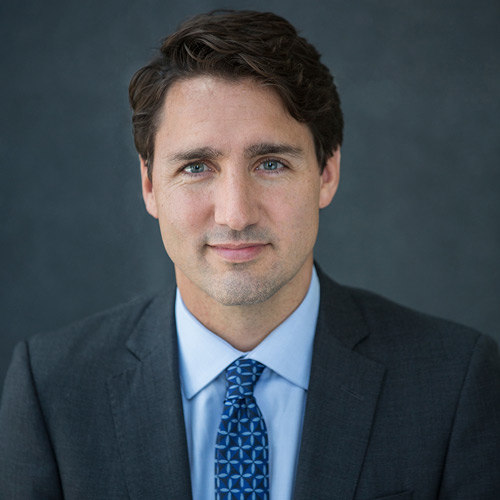 Justin’s vision of Canada is a country where everyone has a real and fair chance to succeed. His experiences as a teacher, father, leader, and advocate for youth have shaped his dedication to Canadians – and his commitment to make Canada a place where everyone has the opportunities they need to thrive.

The oldest of three boys, Justin grew up with the profound influence of his father, Pierre Elliott Trudeau, and his mother, Margaret Trudeau. He was raised speaking both French and English and has family roots in both Eastern and Western Canada. This background helped spark his passion for public service and shaped his conviction that diversity is Canada’s strength.

Justin studied literature at McGill University, graduating with a Bachelor of Arts (B.A.) in 1994. He went on to complete the University of British Columbia’s education program, and spent several years teaching French, math, and other subjects in Vancouver. Teaching allowed him to make a positive impact in the lives of young people. He remains committed to hearing the voices of young Canadians, from the classroom to Parliament Hill.

In 2002, Justin returned home to Montréal, where he met Sophie Grégoire, a Quebec TV and radio host. They married in 2005 and are now the proud parents of Xavier, Ella-Grace, and Hadrien.